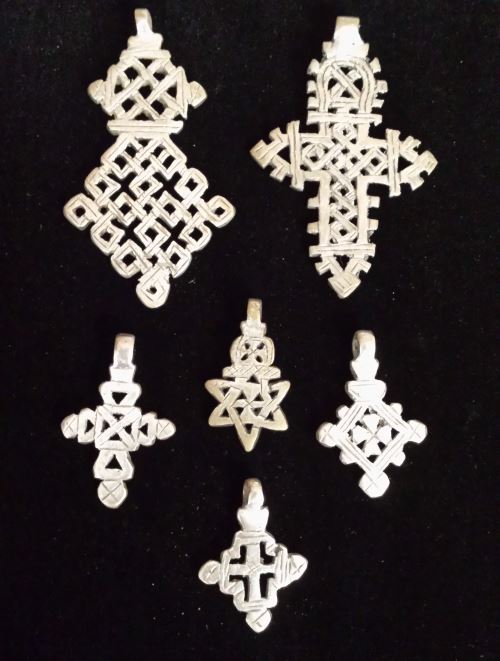 Sometime during the 4th centry, Christianity became the official religion of Ethiopia. Crosses were hammered from old coins or cast using wax molds. They were as diverse as the regions in Ethiopia that they came from.

The latice design and geometric patterns represent everlasting life. Many include a box design representing the Ark of the Covenant. Some include the Star of David, as a tribute to Jews who aided Christians during their persecution.

When Christians were being persecuted, the cross was the symbol used to identify other Christians. Christians refusing to denounce their religion often times tatooed the symbol on their wrists.

Some of these crosses made their way into North America by way of European Traders.
Back to gallery
African Killer Beads